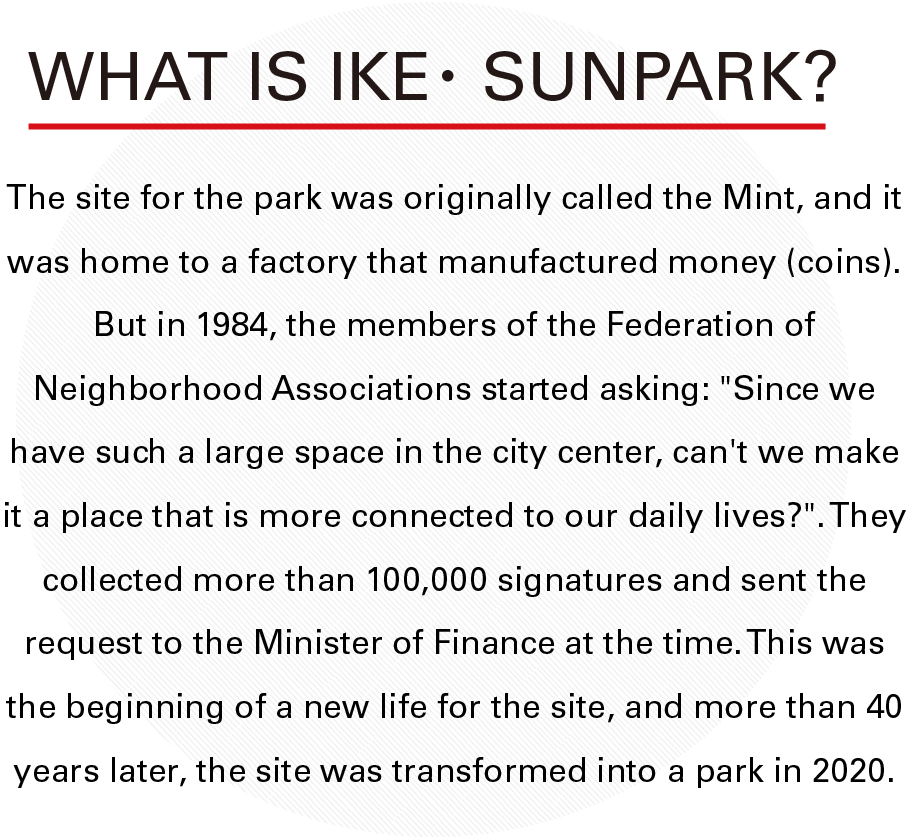 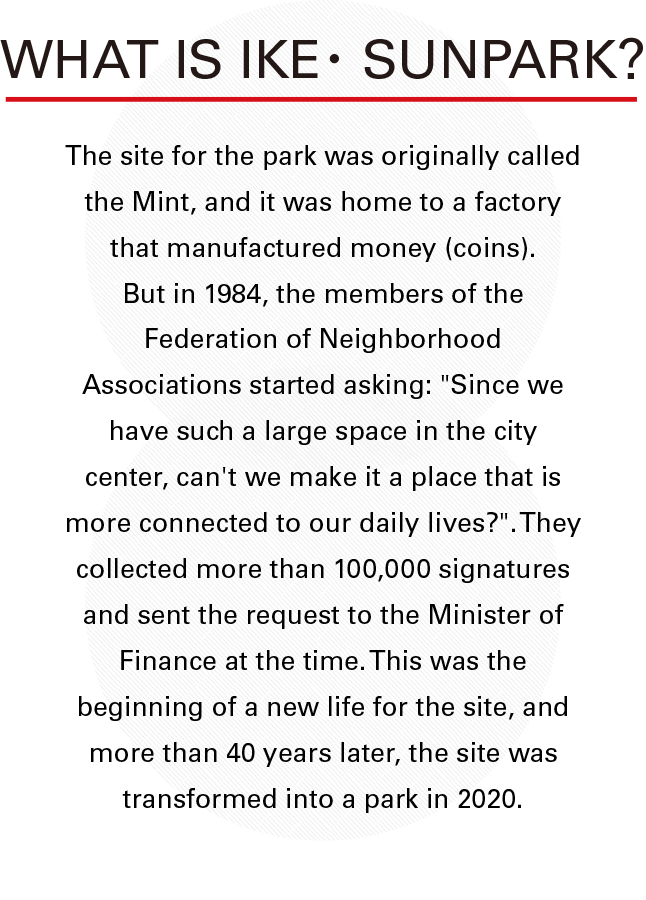 The park will change the city.

IKE・SUNPARK is not just a park as an open space, but a new form of public space that nurtures a better way of living together with local people by providing activities related to the following three themes in Higashi-ikebukuro, the area that is full of diverse attractions. 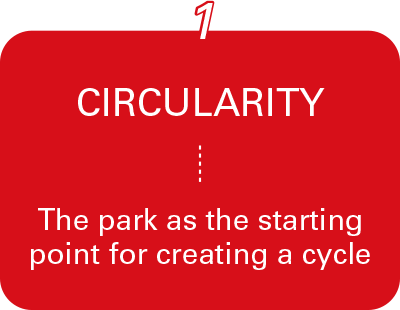 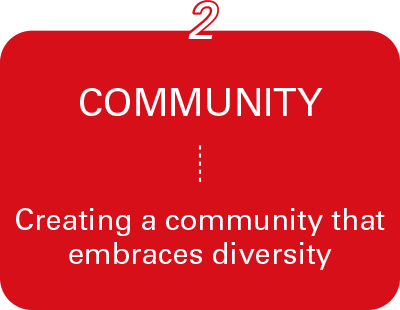 The park protects the city.

This park also functions as a "disaster prevention park". In addition to the cherry and ginkgo trees that give the park seasonal attractions, the white oak trees prevent fire from expanding in case of emergency.
In addition, the park is equipped with a storage warehouse in case of a disaster, deep wells to secure water for firefighting and emergency toilets, etc. The park serves as a temporary evacuation site immediately after a disaster, and afterwards as a heliport and base of operations for disaster prevention activities not only for the local community but also for the entire Toshima City.
It is important to work together to prevent not only major disasters, but also threats such as invisible viruses. We hope that this park will help foster that cooperation as well.

The logo represents the park's close relationship with people's everyday lives, such as daily walks, casual meals at a café, the farmers market, KOTO-PORT, and other activities for community building. The logo consists of a house that symbolizes daily life, a square that is associated with the park, and a circle like the sun. It is shown; when rotated 90 degrees, it also looks as if it is written "IKE".
Top