Recreating the experience at a mountain cabin in the park!
What are the new possibilities for spicy curry?

With the popularity of spicy curry over the past few years, the city of Tokyo has spawned a number of new great curry restaurants. They may have different reasons for opening, but it’s rare that a trip to South America has been the inspiration for cooking curry. Iori Kato, the owner of Pramana Spice, once spent a year traveling in South America, and was awakened to the allure of spices during a stay at an inn in Peru. “A Japanese guy who was staying at the same inn made curry for me,” he says. “Like me, he traveled around South America like a hippie, with spices in hand. He used local ingredients and served us curry. That’s when I became fascinated with spices,” Kato told us, as if he were lost in thought.

“When I started making curry, spicy curry wasn’t as popular as it is now. It was just the beginning of a boom,” he says. After returning to Japan after the Great East Japan Earthquake, Kato decided to try his hand at making curry in Japan. Through a friend, he began serving curry in a rented room, first at Sangenjaya and then at “Rei-rei-Fu-Jin” in Shimotakaido. He also took part in outdoor festivals. Kato is a man of many talents, playing musical instruments, DJing, playing Frisbee, climbing mountains, and earning a national certificate as a judo therapist, among other things. “I’ve been doing a lot of different things, but this time I’m going to focus on curry for a while,” he says.

He says that the location being the park was a major factor in his decision to open a shop in IKE・SUNPARK. He says happily, “My original experience of being attracted to spices was in a Peruvian mountain lodge, so if I was going to open a store, I wanted to do it in a place where there was nature and which looked like a mountain lodge. I’m looking forward to turning vegetables from the farmers market into a curry using only spices, just like making a curry with local ingredients,” says Kato, and his curry is spicy and refreshing. In the evening, he plans to serve craft beer and parota sandwiches, which in India are eaten with curry. It will be blissful to relax in the park while eating his curry. It will definitely bring good vibes to the park. 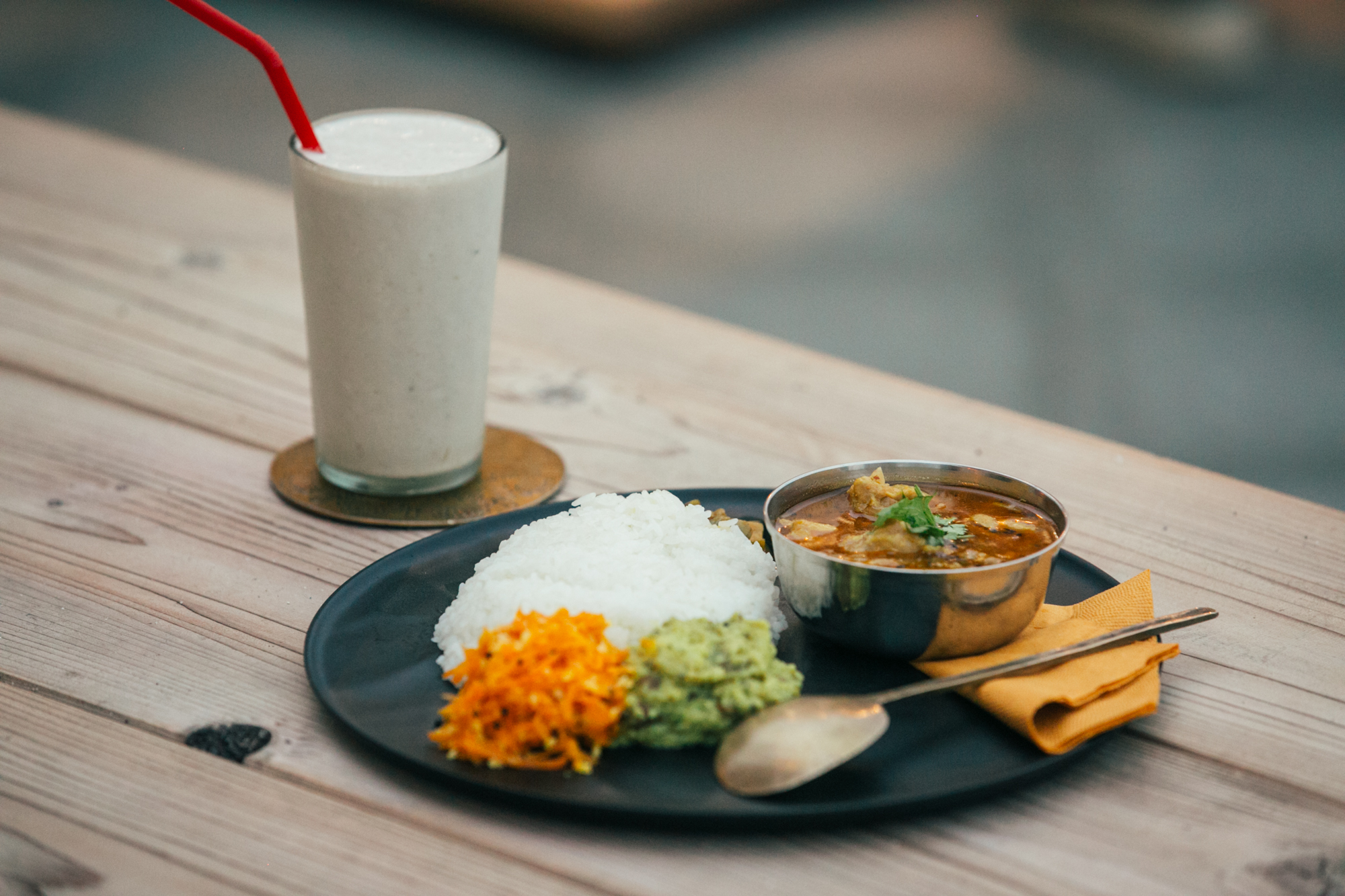 Pramana Spice was a rented curry shop that was limited to two working days a week and the curry was always sold out. Iori Kato, the owner, has traveled around the world to create his own original spiced curry shop based on his memories of spices.

There is no fixed recipe for the curry and its accompaniments, but rather he creates his menu according to the ingredients available at the time and the season, so no matter how many times you eat it, you will never get bored of it – you will always find a new taste.

The original banana juice that matches the curry is also a must-have item. Enjoy pairing the spices with the sweet banana juice. 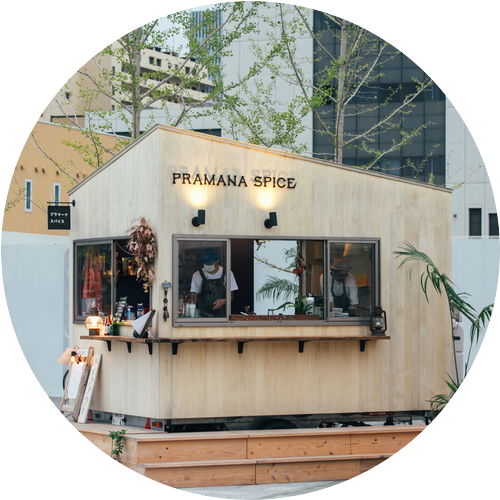